First things first, we went to the nearest grocery store. Louie needed milk and I needed my yogurt fix. We did this in London as well, where we went to Waitrose and got milk and yogurt. This time we had a fridge, so we also bought cured meat and cheese.  The dairy is better in London and better in France compared to the US. But, the best milk I've ever tasted was in Japan. I always enjoy my first visit to a grocery store. You get to see what the locals bring home and you can try what you don't have at home. 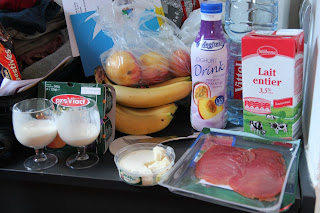 Our first place was Monaco. It was around a 90 min. drive and we went through 3 toll roads, each toll costing 2 to 3 euros to pass. It's highway robbery, literally. On the positive side, I'm happy that I successfully navigated here without any wrong turns.
Nearby this place was an area with expensive cars, rich folk and their chauffeurs. Somehow, we drove into there in our Fiat Panda. Hay, who invited ...? 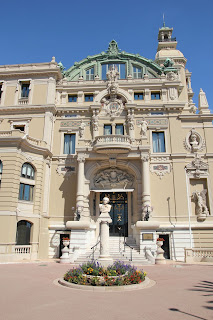 We walked towards the water and I got a raspberry sherbet on a cone. I devoured it and we walked up and down the beach front, lots of sail boats. 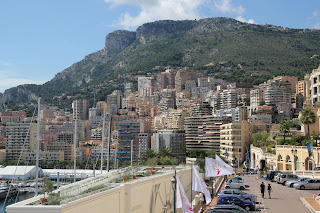 Before we left, Louie drove the F1 course up to the tunnel and I snapped some photos from the car. 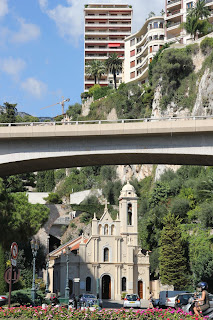 As we drove to our next place, we pulled over to get a good look at the view. It was pretty awesome. It was 180 degrees of these little buildings. 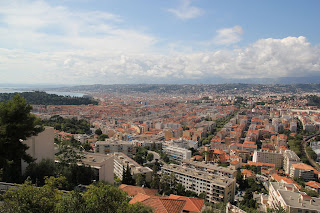 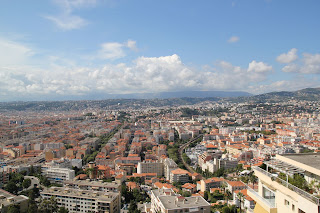 We headed for the Matisse Museum and took some photos on our walk there. Photo drive-by. I don't know what ruins these were. It's in French. 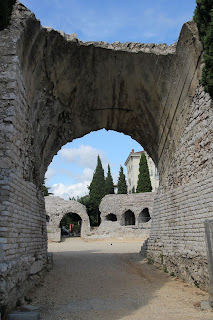 Park with lots of people playing bocce ball. Nice is more Italian than it is French. 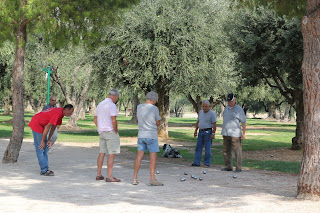 The Matisse Museum. Lot of pieces from his earlier days are exhibited here. 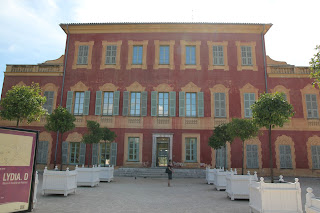 On our way to Nice, there was this huge thing. 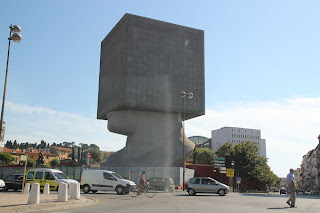 We got to the busier part of Nice and walked around until we had to move the car. A lot of tourist shops and nice water fountains. I didn't get anything except for some macaroons. I'm not that big on macaroons, but since they seem to be a big deal, we bought a box of 12 for around 16 euros. 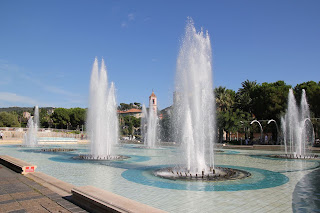 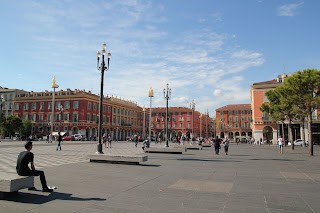 Snack time, éclair and a chocolate round crispy thing with some hazelnut. 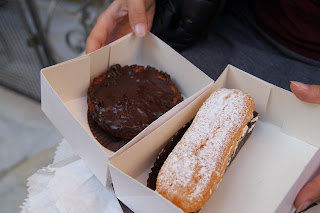 It was time to move the car and we found a spot next to the beach. We walked around till it was dinner time. 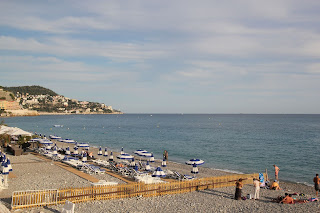 I don't know that many people called Wayne other than my brother. This one owns a bar. 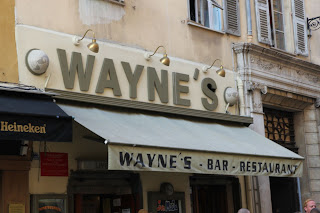 This one owns a shop. 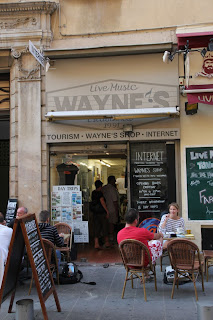 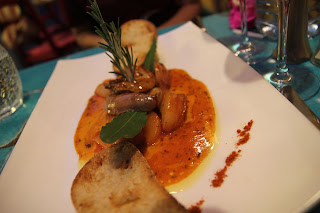 Sea bass with chorizo and potatoes. 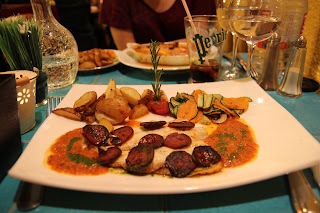 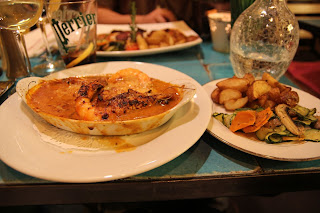 It was dark and I was nervous getting back to the hotel. I don't have an iphone charger for the car, so we took the laptop out to charge it. The GPS drains the batteries, so I'm always watching the battery life. I have no idea what we would do if something happened to my iphone.
Posted by Beboop at 2:05 PM