Before we started our vacation, I searched for places to go other than the normal tourist places. I had several things on my list including a certain candy shop in Provence, a goose farm, salt marsh and this lavender museum. We went to the lavender museum in the morning. We drove through country roads to get here. The French country side is a lot more scenic and beautiful then anything I've seen in the US. 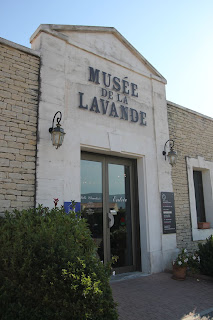 We toured the museum with audio guides as Louie is demonstrating below. 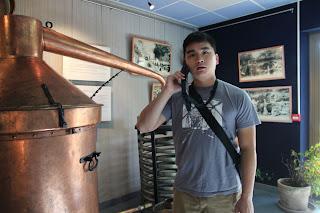 The tour was informative. It explained how to extract lavender oil and showed how the contraption evolved though the timeline. 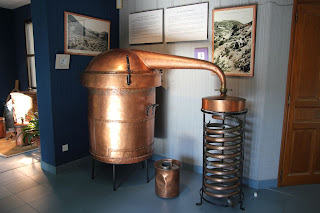 There are two types of lavender, the fine type which only grows at 900 to 1200 meters altitude in Provence (the rarer one) and the one that grows everywhere else, a hybrid of Scottish lavender and the fine one. Everything at the museum is all about the fine lavender. 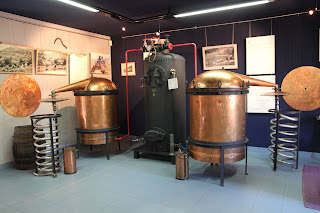 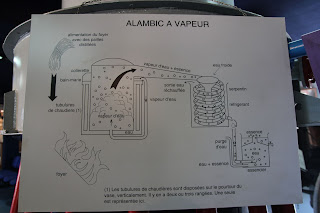 After the museum, we bought lavender stuff, lavender soap on a rope, lavender lotions, pure lavender oil, and honey. Because the honey are from bees that pollinate the fine lavender only in Provence, it's one of the more rarer honeys. I got two jars. 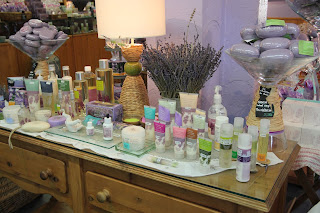 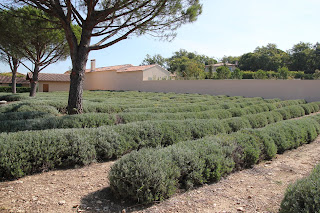 We headed to Merseille after the museum.
Toll road. 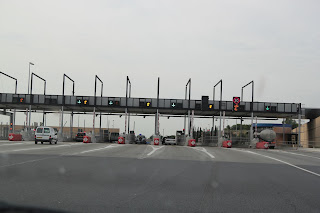 We parked at a meter that was free up to a certain hour. We had 45 mins. before that hour started, so we decided to get lunch and move the car somewhere closer to the port. We got sandwiches with a load of french fries on top. It was the best deal so far compared to all our other meals. Two very large sandwiches with fries and drinks for 9.50 euros. It was really good too. 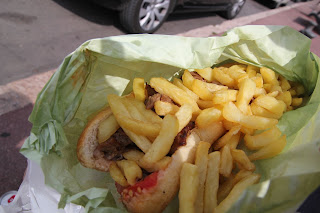 We parked our car next to the port and walked around. 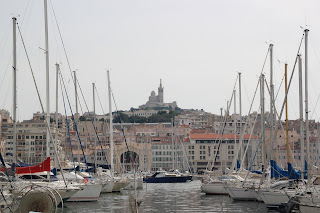 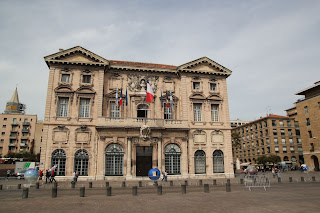 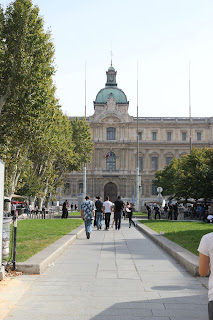 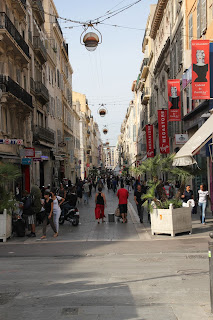 As we walked backed, there was a crazy man yelling at everyone he walked by. We slowed our step, so we didn't pass him. This was the 2nd crazy man we saw so far. The first time was in Avignon inside the castle walls. At Avignon, while we walked back to our car, there was an angry person that yelled at Louie for no reason as we passed him on the sidewalk. I assumed he was racist, because why else would someone yell at the only Asian people in Avignon. 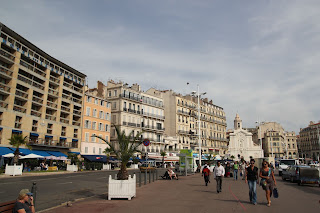 We decided to get dinner at a supermarket. We went to a place called Auchan. This place was huge. It was a Target and a very very large supermarket combined. We got our essential dairies and bread and meat. 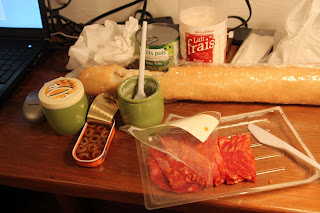 During our car rides, we hear the same songs over and over (many of them American), but here's one that's not that I like...
Posted by Beboop at 11:54 AM