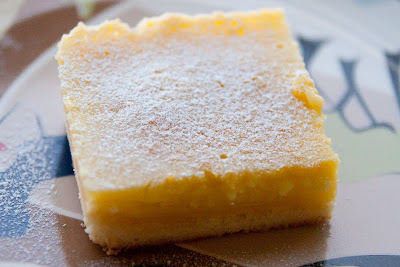 Okay Okay, I know you know I don't have a farm, nor even a small patch of yard space. So, why's it called Beboop Farm??? It's because someday I will move out of this small condo space and own a small piece of backyard land and there I will raise chickens and have a lovely vegetable garden. And theeeennn, I will name it Beboop Farm. So, until then I will blog on Beboop Farm to keep my dream alive!!

Zygote Zygote... My first attempt on these lemon bars were too sweet and sour, probably because I used my parents very sour backyard lemons. They also tend to have very thick skin and sometimes come out deformed...see, see, see the picture.
On my second attempt I deducted a cup of sugar and 1/4 of the lemon juice, but this time I used normal lemons. The outcome was that I should of kept the original 1 cup of lemon juice (that is if you're using normal lemons...not sour sour ones). I served the not so sour/sweet batch to my friends and they all said it was really good. But many a times, friends are just being polite, so they say it was really good, even though it's just mediocre. In conclusion, just deduct 1/2 to 1 cup of sugar from the recipe. The crust is really good. 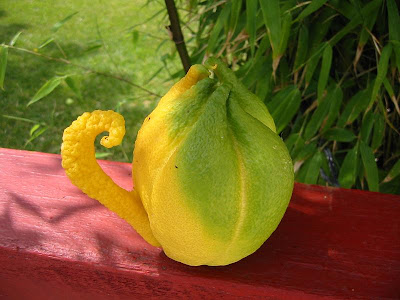 Posted by Beboop at 5:03 PM No comments: