I made my first batch of soap a while ago. I used coconut oil, rice bran oil, olive oil, and some almond oil. 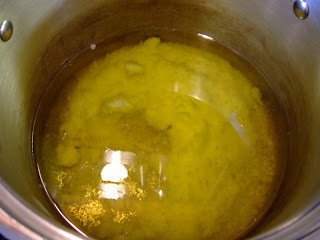 I used the stick blender and made the mistake of mixing too much to reach trace, so it was pretty thick. 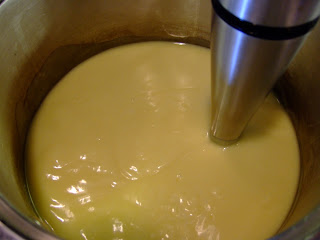 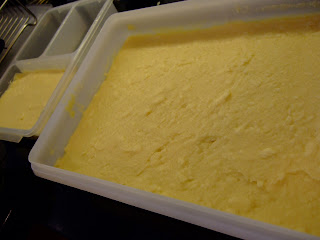 The next day it firmed up. 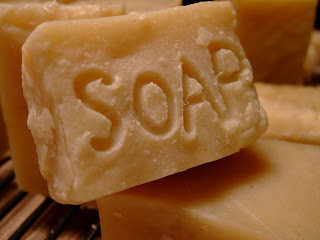 I cut it out into blocks and shaped some to look like Mcdonald's chicken nuggets. One of my favorite shapes. 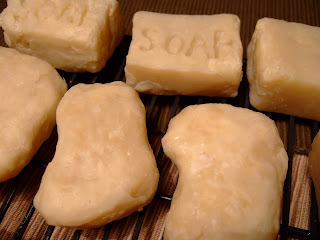 I want my next batch to be made out of animal fat. Won't be for a while though since I have so much soap to go through. 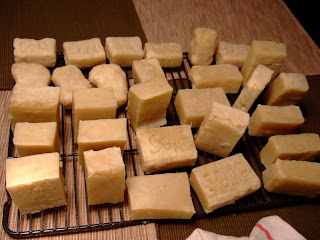